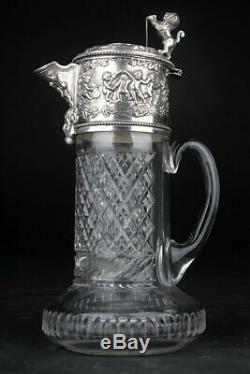 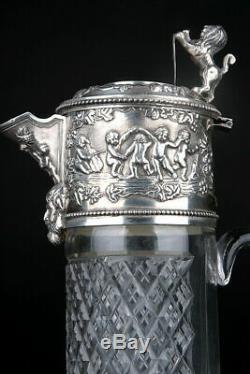 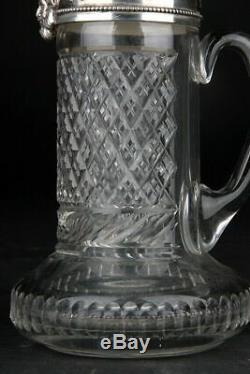 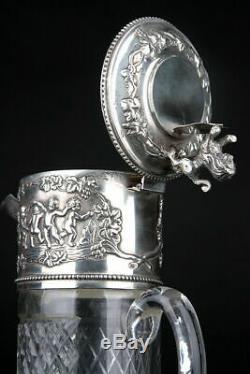 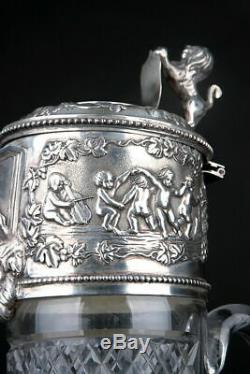 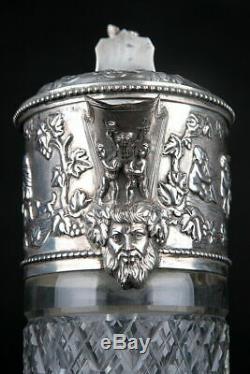 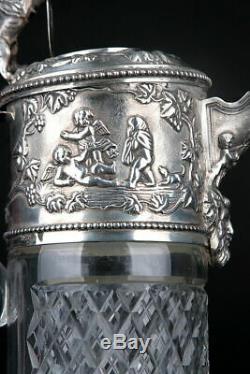 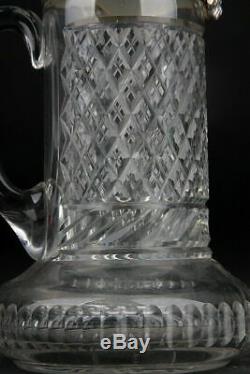 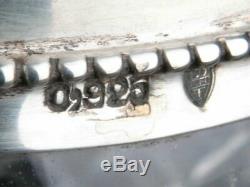 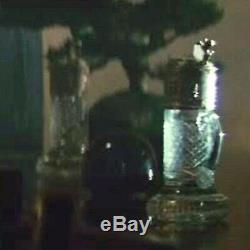 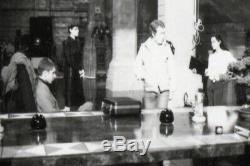 This is a crystal glass and Sterling Silver jug as used on the meeting table in the Tyrell corporation boardroom scenes in Blade Runner in 1981. If you look at the photos above, of Harrison Ford, you will see there are two jugs on the table and these can also be seen in the behind-the-scenes picture with Ridley Scott, Harrison Ford and Sean Young. These jugs may be a copy of an original English jug from a maker called Elkington and Victorian Elkington jugs can be found which bear a striking resemblance but are obviously much earlier. The original Topazio pattern was available in two versions; one with a solid Sterling silver mount and one with a silver-plated brass mount. The two versions seem to be almost identical except the plated versions have the handle slightly higher up the body and the metal of the mount is cut away at the back to accommodate it and at the base the full silver version has wider'thumb-cuts' around the belly.

Apart from those differences and hallmarks on the silver version they are the same. This is the solid silver version, NOT the cheaper plated version. The item "Topazio Crystal & Silver Claret Jug as used in Blade Runner Tyrell Corp Prop" is in sale since Monday, November 18, 2019. This item is in the category "DVDs, Films & TV\Film Memorabilia\Props\Original".