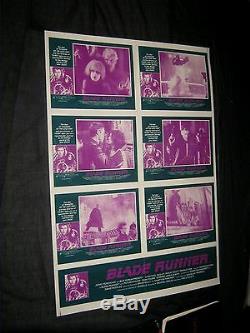 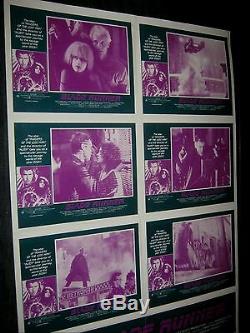 ORIGINAL 28" x 40" AUSTRALIAN VILLAGE ROADSHOW 1 SHEET LOBBY CARD POSTER. PRINTED AS A 1 SHEET TO BE DISPLAYED WHOLE OR TO CUT UP, MOST OF TIMES THEY WERE CUT UP AND DISPLAYED LIKE AN INSERT/DAYBILL, OR LOBBY CARD THIS IS ONE THAT HAS NEVER BEEN CUT UP OR DISPLAYED. NO PIN HOLES OR TAPE, NEVER DISPLAYED NO SMOKE OR FADING, ONLY UNFOLDED A COUPLE TIMES. VERY FINE- NEAR MINT CONDITION.

THE LINE ON THE BOTTOM LEFT CORNER IS NOT ON THE POSTER, THAT IS ON THE SHIELD HOLDING THE POSTER FLAT. THERE MAY BE A FLASH GLARE IN THE PICTURE. ANY FLAW THAT IS IN THE ITEM IS TINY. IF THE PICTURE DOESN'T SHOW! IT IS BEING RAN PRIVATE TO ELIMINATE THE USE OF MY AUCTIONS BY SCANDALOUS PEOPLE.

It has taken me over 100 hours to add it to all my items. They will not tell me why it needs to be added. If you have more questions about this item, please contact me at the following.

The seller is "kidrokmod" and is located in Claremore, Oklahoma. This item can be shipped worldwide.