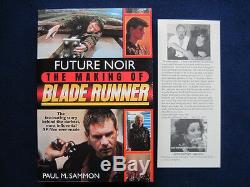 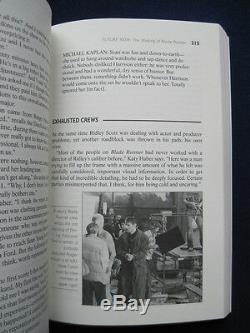 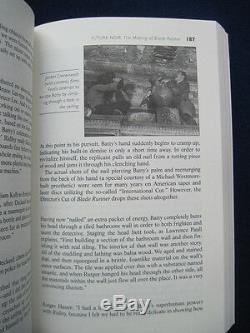 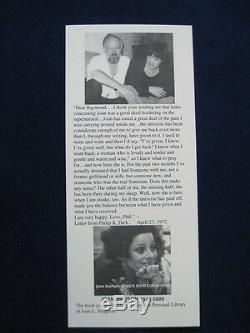 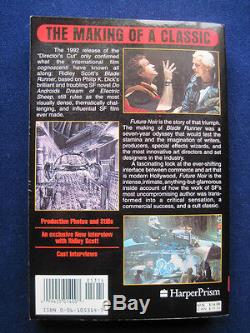 Laid in is a documentation book mark stating that this book is from the Simpson library with photographs of Philip K. Dick and Joan Simpson and with the text of a letter, dated April 27, 1977, which Philip wrote to his friend, noted book dealer Ray Torrence, lovingly and eloquently expressing his deep feelings for Joan. On the ending of their relationship in late 1977, this from Divine Invasions.

A Life of Philip K. Dick by Lawrence Sutin, pg. Phil now balked at a permanent move back to Northern California, and Joan would not consider Orange County residence. For years to come, Phil would miss Joan - the last woman with whom he lived in a serious relationship. Illustrated throughout with production photos and stills of the making of the great science fiction film Blade Runner, directed by Ridley Scott, starring Harrison Ford, Rutger Hauer, Sean Young, Edward James Olmos, M.