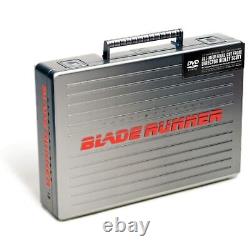 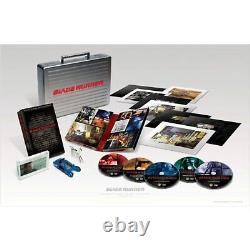 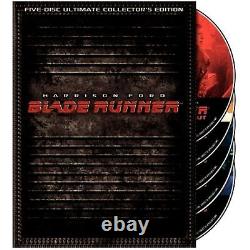 Among the bonus material highlights is Dangerous Days, a, three-and-a-half-hour documentary by award-winning DVD producer Charles de Lauzirika, with an extensive look into every aspect of the film: its literary genesis, its challenging production and its controversial legacy. The definitive documentary to accompany the definitive film version. The Ultimate Collector's Edition will be presented in a unique 5-disc digi-package with handle which is a stylish version of Rick Deckard's own briefcase.

Snyder and special photographic effects supervisors Douglas Trumbull, Richard Yuricich and David Dryer Disc Two DOCUMENTARY DANGEROUS DAYS: MAKING BLADE RUNNER A feature-length authoritative documentary revealing all the elements that shaped this hugely influential cinema landmark. Cast, crew, critics and colleagues give a behind-the-scenes, in-depth look at the film -- from its literary roots and inception through casting, production, visuals and special effects to its controversial legacy and place in Hollywood history. Disc Three 1982 THEATRICAL VERSION This is the version that introduced U. Movie-going audiences to a revolutionary film with a new and excitingly provocative vision of the near-future. It contains Deckard/Harrison Ford's character narration and has Deckard and Rachel's (Sean Young) "happy ending" escape scene.

1982 INTERNATIONAL VERSION Also used on U. Home video, laserdisc and cable releases up to 1992.

This version is not rated, and contains some extended action scenes in contrast to the Theatrical Version. 1992 DIRECTOR'S CUT The Director's Cut omits Deckard's voiceover narration and removes the "happy ending" finale.

It adds the famously-controversial "unicorn" sequence, a vision that Deckard has which suggests that he, too, may be a replicant. Disc Four BONUS DISC - "Enhancement Archive":90 minutes of deleted footage and rare or never-before-seen items in featurettes and galleries that cover the film's amazing history, production teams, special effects, impact on society, promotional trailers, TV spots, and much more. Featurette The Electric Dreamer: Remembering Philip K. Dick" Featurette "Sacrificial Sheep: The Novel vs.