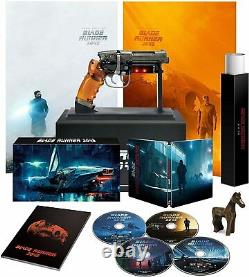 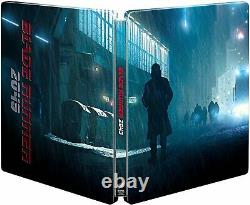 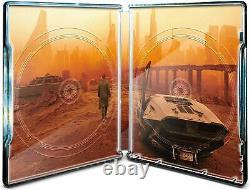 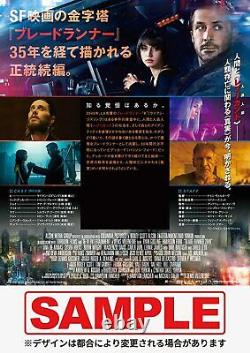 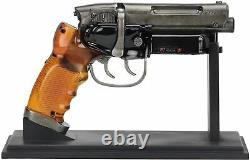 It is a book that is worth reading, deepening understanding and consideration after viewing this work. In addition to these items, the ultimate limited box of only 3,000 sets in the world, with art cards drawn by manga artist Santa Inoue, who has worked on artwork such as a large number of music works and magazines, and two sets of B3 posters that can enjoy a total of four designs. Are you prepared to know? Related to the survival of mankind is now revealed.

The gold tower "Blade Runner" of the sci-fi movie, the orthodox sequel drawn after 35 years. 2049, during the investigation of an incident, The LA Police Department's Blade Runner K (Ryan Gosling) learns of some facts that could destroy the society of humans and androids, replicants, and their identity. K arrived at the key man who revealed the mystery to Deckard (Harrison Ford), who was once an excellent Blade Runner and had been missing for 30 years.

" "Blade Runner directed by Ridley Scott, which combines science fiction and film noir and set up a gold tower in film history by establishing a genre that did not exist before. The orthodox sequel that inherited the DNA of Blade Runner, which has influenced not only the world of but also all cultures such as anime, music, art, and fashion, is drawn here after 35 years.

Director of production of : Ridley Scott x Director: Denis Villeneuve. Director of his previous film Blade Runner, and he has been nominated for three Academy Awards for Best Director at three Academy Award? S for Black Hawk Down, Gladiator and Thelma & Louise, and Ridley Scott, still one of the most famous filmmakers in the film world for his overwhelming film expressions such as Alien and Odyssey, is still in charge of the production. Directed by Denis Villeneuve, who is a follower of Blade Runner, who recognizes both himself and others, and his most recent film, Message, has been nominated in eight Academy Awards? And has received rave reviews from critics and audiences around the world.

We also keep an eye on the unexpected cast's appearances that took over the previous film. Beyond the genre of science fiction, the last scene that will remain in the history of --- movie that approaches the ideal way of the human soul is a must-see. What is the difference between a human being and a replicant?

A profound theme that goes beyond the framework of science fiction films and goes deep into the soul is questioned by viewers with overwhelming visual expression and music. The world of Blade Runner, which has evolved with the latest technology. While faithfully following the world view of the previous work, the more devastated earth is depicted with bold and overwhelming visuals with the hands of staff such as director Roger Deakins, production designer Dennis Gasner and costume designer Rene April. ULTRA HD Blu-ray> Ultra HD Blu-ray playback compatible devices are required for viewing.

Are subject to change without notice. Let's win luxury prizes full of feeling of the near future by lottery! For more information, such as eligible products, please visit the campaign site (sf-shinsedai. This is the first sequel to the sci-fi action Blade Runner in 35 years content (from the Kinema Shunposha database). City Police's Blade Runner K learns the fact that it shakes itself with society.

The key to solving the mystery that K arrived at was the deckard of the former Blade Runner. Most products are Japanese products and the manuals are in Japanese.

If you want to know used condition and accessories, please message. All my products are 100% Authentic! Your total satisfaction is guaranteed and is always our sincere wish. International Buyers - Please Note. If you have any questions or items you look for, plase let us know anytime!! The item "Blade Runner 2049 Japan Limited Premium Box First Production Only Blu-ray" is in sale since Thursday, August 20, 2020.

This item is in the category "DVDs & Movies\DVDs & Blu-ray Discs". The seller is "omotenashi_quality" and is located in Shizuoka. This item can be shipped worldwide.