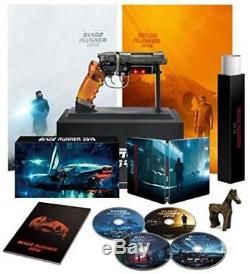 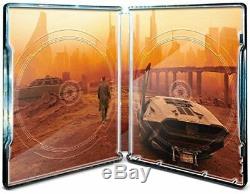 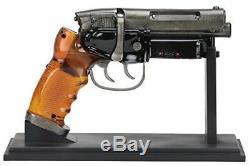 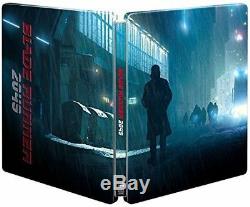 Original book original disc (3 kinds) + bonus discs are set for limited Japanese steel books that were produced for Japanese fans, and super luxurious BOX sealed in a special outer box. Includes luxury bonus footage of must-see for over 90 minutes, including three kinds of previous day places and valuable making images that became a hot topic at the theatrical release. Photographed "fan of horse" which played a very important role in the play, a fan-dropping mast item "Deckard · Blaster" produced in commemoration of this Blu - ray release photographed based on props Including an elaborate replica including the restored. Also, in this booklet of inclusion in this BOX, valuable production note which draws behind the scenes of production, Shigetagi Higuchi ("Shin · Godzilla"), Hideo Kojima ("Metal Gear" series), Shinya Tsukamoto (" THE BULLET MAN ") in addition to the special write-down column, Tsukasa Isobe (Rick Deckard role) and Kase Yasuyuki (K role) who handled the dubbing of this work are recorded. Understanding and consideration after viewing this work is further deepened, it has become a book which is readable.

In addition to these items, we also enclosed an art card drawn by Manga Inoue, a manga artist who worked on artworks such as numerous musical works, magazines, and a B3 poster that can enjoy a total of 4 types of designs , Exactly can fully enjoy the world of "Blade Runner 2049", the ultimate limited BOX of only 3,000 sets worldwide. Premium BOX limited design · label (4 types) Japan only design · steel book + outer box NECA Deckard · Blaster replica (with serial number) This replica will be fixed to the base.

The serial number can not be chosen. Actor: Ryan Gosling, Harrison Ford, Ana de Armas, McKenzie Davis, Silvia Hawks Label: Sony Pictures Entertainment Director: Duni Villeneuve ReleaseDate: 2018-03-02. North America Central America Middle East AU, NZ. This item is from Japan. We will usually respond within 24 hours. We respond to customers' requests within our possibilities, including the method of packaging and others. If you have any question, please let us know. All the items I sell are genuine. If you have something to confirm with me please give me a message any time.

This item is in the category "DVDs & Movies\DVDs & Blu-ray Discs". The seller is "shiniab" and is located in Japan. This item can be shipped worldwide.