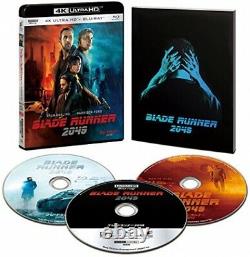 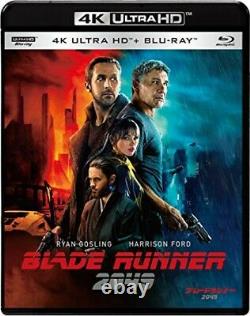 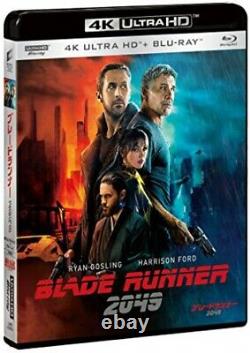 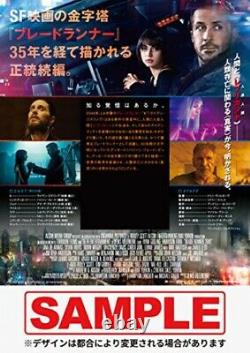 Winner of the 90th Academy Award for "Best Cinematography" and Best Visual Effects Blu-ray 3 Disc Set (4K ULTRA HD Full Length Disc/2D Blu-ray Full Length Disc/2D Blu-ray Special Features Disc) Contains over 90 minutes of fan-favorite extras, including three prequel films that were the talk of the town when they were released in theaters and rare making-of footage. Are you ready to know? The truth about humanity's survival is now revealed.

A legitimate sequel to "Blade Runner", a milestone of science fiction movies, 35 years later. About the "human-like" casting Action of the future The body that becomes one Costumes that color the skin. Creating the world view of a movie Blade Runner Blackout 2022 2036: Nexus Dawn 2048: Nowhere to Run Evolution of Replicant What is Blade Runner? The prosperity of the Wallace Company Welcome to the year 2049. Joy A gadget that flies through the air?

Dick's novel Do Androids Dream of Electric Sheep? ", Ridley Scott's "Blade Runner established a milestone in film history by fusing science fiction and film noir into a genre that had never existed before. The film has influenced not only the world of film, but also anime, music, art, fashion, and other forms of culture, and is still talked about today. Executive Producer: Ridley Scott, Director: Denis Villeneuve. The best staffs have gathered.

A gorgeous cast has gathered. Ryan Gosling, who was nominated for an Academy Award® for his role in "La La Land, " plays the protagonist K, one of the most promising male actors today. The former blade runner, Rick Deckard, is played by Harrison Ford as in the previous film. In addition, there is an unexpected cast member who has taken over from the previous film.

Beyond the genre of science fiction, this film approaches the nature of the human soul... The last scene, which will remain in the history of cinema, is a must-see. What is the difference between a human and a replicant?

What is the difference between humans and replicants? These are profound themes that go beyond the framework of a science fiction film and delve into the depths of the soul, and the overwhelming visual expression and music will challenge the viewer. The world of "Blade Runner" has evolved with the latest technology.

While faithfully following the world view of the previous film, a more devastated Earth is depicted in bold and overwhelming visuals by the staff of cinematographer Roger Deakins, production designer Dennis Gassner, and costume designer Renee April. We do not mark merchandise values below value or mark items as "gifts" - US and International government regulations prohibit such behavior. This item is in the category "Movies & TV\DVDs & Blu-ray Discs". The seller is "happy1lucky1" and is located in this country: JP. This item can be shipped to North, South, or Latin America, all countries in continental Asia, Germany, France, Australia.